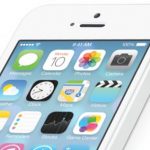 As expected, Apple has today iOS 7 presented at the WWDC - and not a variant of the iPhone, which some had expected. iOS 7 is now available for developers to download, all others have to wait until autumn. Some of the new features: Multitasking for all apps (news apps can also be updated in the background), shortcuts for system settings (WLAN, Bluetooth, flight mode), Siri now finally supports system functions. There are a lot more new features, t3n.com lists these in more detail in an article.

For the first time in years, Apple has completely changed the design of iOS 7 - instead of icons that look as "natural" as possible, the design is now quite "clean" and without frills. Some ideas have also been adopted by the Jailbreak developers, so many users no longer have a reason to iOS-7 jailbreak will have. In autumn there will probably be a new iPhone - whether it will be an iPhone 5S or an iPhone 6 is still open, and the iPhone mini is still rumoured to be on the market.