Apple has released iOS 10.3 today. The official updates are quite manageable, but users of an iDevice should install the update just for security reasons. 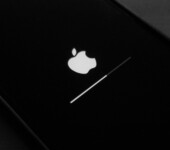 Not included in the update description is the new file system APFS ("Apple File System"), which is intended to be used on all Apple devices. The new file system will be optimized for flash memory and will work much faster than before. Important new features concern for example the encryption. Background information on the new file system can be found at Mac & i.

Other improvements and bug fixes

Apple has already after one week iOS 10.3.1 has been released, but there is no changelog yet - probably it is mainly about bug fixing. The update could be installed without problems on an iPhone 7 128 GB.

Apple has released another update for iOS 10.3, which is now version 10.3.2. Again, security and bug fixes are in focus, on an iPhone 7 the update, which can be installed over-the-air (OTA), is 177 megabytes in size. The Changelog mainly lists security holes that could also be used to execute malicious code, so the update should be installed as soon as possible.